The term Sapphire is derived from the Latin “saphirus” and the Greek “sapherios”, both meaning “blue”, and is typically found in that shade. However, you can also find “fancy” and “parti” sapphires, and fancy sapphires can also be pink, yellow, orange and even green. “Parti” sapphires” are known to show two or more colours.

The Sapphire is a gemstone which is part of the mineral family known as Corundum and is especially renowned for its strength. Sapphire is the second hardest gemstone on the Mohs scale after Diamond and also proves respectively valuable in its decorative form.

Sapphires are typically seen as blue stones but can come in alternative colours, everything except red! Red Corundum is explicitly known as Ruby, which can be found in our ruby jewellery pieces. Like Diamonds, the strength of sapphires means the stone can be cut into such shapes that best highlight the depth of colour in this fantastic gemstone. A star-like phenomenon known as asterism can also appear, making the gemstone known as a star-sapphire. When viewed under a single overhead light source, these feature an intersecting needle-like pattern that looks like a six-rayed star.
The more intense the colour of a sapphire, the more valuable it is, and blue sapphires tend to have a vivid colour saturation. Therefore, the most valuable tones are velvety blue or violet-blue in hue.

Where are Sapphires Found?

Sapphires are found in many countries, but most notably they come from Asia, from mines in Sri Lanka, Myanmar, Thailand and Afghanistan. There are also mines in Africa, Australia, Brazil and even the US, with some of the most beautiful gems coming from Montana.
Regardless of their origin, all sapphires have the same chemical composition, and the only difference will be in their shade. Typically blue sapphire has been mined from South East Asia, yellow is almost always mined in Sri Lanka, and Green can be found in Sri Lanka, Myanmar, Cambodia, Australia, Montana and Brazil.

Sapphire Jewellery as a Birthstone or Anniversary Gift

Sapphires are considered the birthstone for September & also the gemstones respective to 45th wedding anniversaries. This is because it is thought to symbolise the lasting love between a couple. Occasionally the traditional wood gift for a 5th wedding anniversary will be replaced with sapphire too, as both represent a solid marriage. Sapphire has been known to be used within engagement rings too, with the engagement ring of Princess Diana, now belonging to the Duchess of Cambridge, having had sapphires. 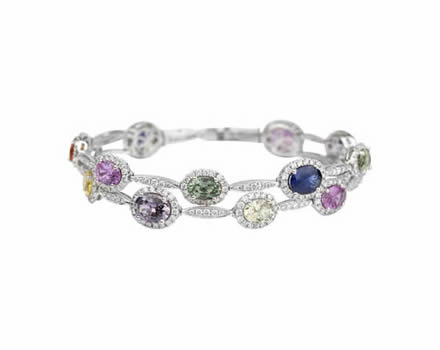 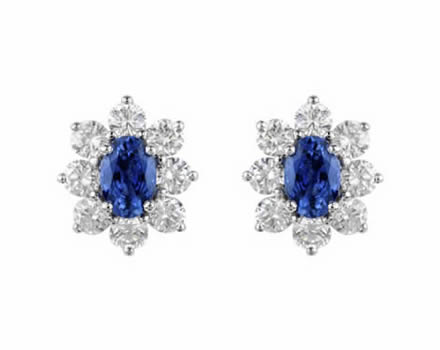 Be it online or in-store, New Cavendish Jewellers carries a wonderful variety of Sapphire earrings. We specialise in Sapphire earr ...Read more 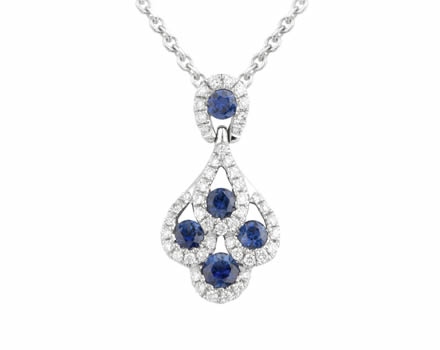 At New Cavendish Jewellers, one can find a huge variety of Sapphire set pendants in a variety of metals. As we personally curate o ...Read more 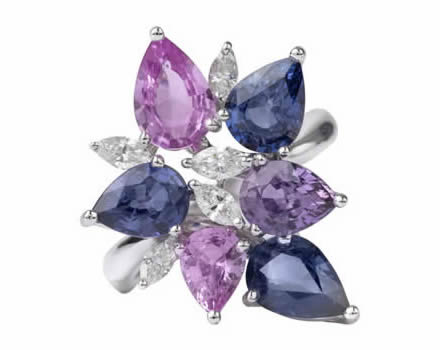 As an independent Jeweller, we carefully choose our selection of diamond rings to provide something different. Specialising in Sap ...Read more