Paying Tribute to an icon 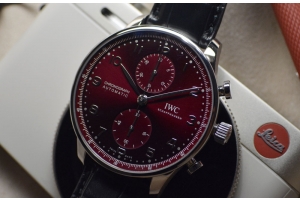 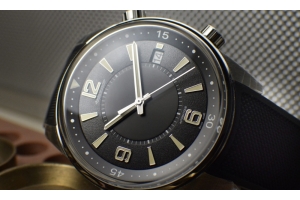 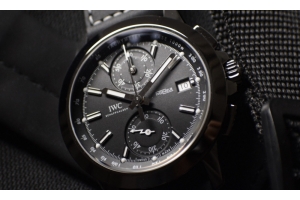 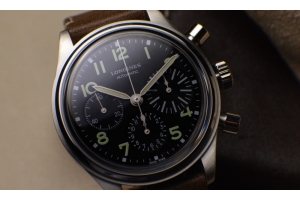 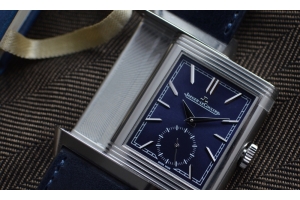 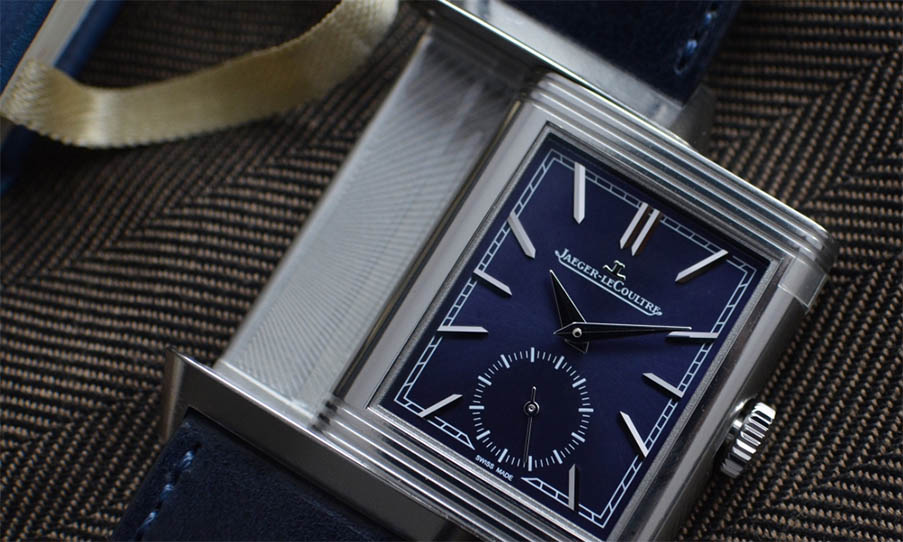 Origin stories probably don’t come any cooler. An international conversation leads to a challenge that ends up partnering manufacturers that build arguably the greatest watch Maison in horological history. The result of that initial conversation is what counts here; the birth of the Reverso…technically, the first sports watch.

Jaeger-LeCoultre did not invent the Reverso. In March of 1931, René-Alfred Chauvot officially applied his patent for a reversible wrist watch in Paris. The story began with a watch collector, César de Trey, visiting the British Army Officers Club in India during a Polo match where an Officer smashed the crystal on his watch. He challenged de Trey to find a solution.

In a different era, de Trey was able to go straight to the then owner of the LeCoultre Manufacture, Jacques-David LeCoultre. LeCoultre employed Jaeger SA to build this revolutionary case who turned to Chauvot. An icon was born. The first two decades of Reverso created robust watches that could withstand a Polo match but apart from their gorgeous art-deco styling, the design was not exploited much further. Notably, Jacques-David LeCoultre was also an administrator at Patek Philippe. Delivered with different dial layouts & Patek Philippe signed, 8 Reversos were exclusively delivered to the lauded Manufacturer. One can only dream.

As the trend moved to round watch case (& then even octagonal ones) the Reverso lay dormant until the 80’s where the case was redesigned & enhanced. The original case could only reverse at the end of its track while the new case could flip over at any point – furthermore, for the first time, the case was also guaranteed water resistant. Fans of the Reverso will point to wonderful creations since then from “Tryptique” usage of all three surfaces to even Gyrotourbillons. However, the one that began it all will always remain the King.

The Reverso 1931 series made its debut in 2011, styling itself on the original, a Reverso only signed dial was used with minimal other details. The popularity of this series saw colourful dial variants with the collectible “Rouge” model to even Thailand’s own yellow dial. Growing in popularity, these models quickly sold out and carry a premium in the secondary market to this day.

The current incarnation of this is the Reverso Tribute. Serially produced but in limited quantity, it bears the hallmarks of its popular predecessor but also with on trend styling. The case, in stainless steel, measures a modern 27.4mm by 45.6mm but still with a very slim profile. As per the original, a plain caseback is offered that can be personalised as the owner wishes from engraving to enamelling. Also, the surface behind the swivelling case has also been engraved in a sunray effect – a little detail for an area that is typically covered but nonetheless well received for the attention to detail.

As one would expect from the Grande Maison, an in house manually wound calibre 822/2 powers the timepiece but with a slightly larger crown that provides a suitably satisfying sound when being wound. The blue dial offers an incredible play on light and depth. An almost imperceptible sunray brushed effect is almost every shade of blue you would like. A glossy deep blue in dark light creates a perfect evening watch while glistening mid blue in daylight softens the dial for daily wear while the applied hour markers are sharp enough to make a Samurai proud. Again, a little touch like the applied JLC logo above the Brand print is akin to the proverbial cherry.

Jaeger-LeCoultre’s design process for this model is still built from the original function as well as form thought process. The strap is fitted with spring bars that the user can easily remove allowing for quick strap changes to suit the occasion. However, unlike this model’s predecessors, the Reverso Tribute is fitted with a folding clasp as standard. Usually, without tools, this would be very tricky to change. Not anymore. The clasp is fitted with a quick release feature highlighted by a “Push Here” identification that makes the clasp as easy to change over as the strap. Overall, removing the premium for other coloured dial Reversos, this model is the closest to paying your own tribute to this iconic series. Blue has definitely become a staple colour over the last two years & when executed as well as this, the Reverso Tribute would be a worthy addition to any collection or also the perfect gateway into a different style of horology.

Currently in stock, feel free to inquire with us for further details & follow us on Instagram for all details of new releases.